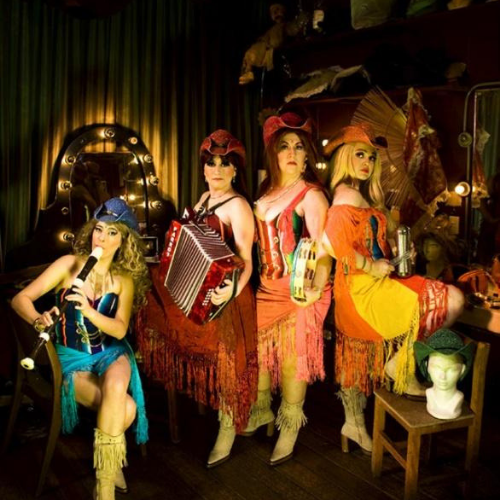 La Banda de las Recodas
Cabaret Show
LA BANDA DE LAS RECODAS is a cabaret show under a concert format of Mexican popular music in which the "Hermanas Carrilla" in each song make social and political criticism. This is one of the most popular show's of the company and it´s been screened at various festivals in places such as: New York, Chicago, Brasil, Argentina and Denmark.
Translate »